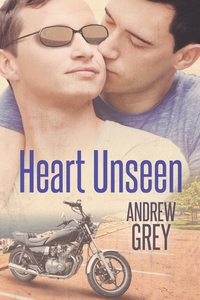 Дополнительная информация
Аннотация к книге "Heart Unseen" Andrew Grey:
A Hearts Entwined Novel As a stunningly attractive man and the owner of a successful chain of auto repair garages, Trevor is used to attention, adoration, and getting what he wants. What he wants tends to be passionate, no-strings-attached flings with men he meets in clubs. He doesn't expect anything different when he sets his sights on James. Imagine his surprise when the charm that normally brings men to their knees fails to impress. Trevor will need to drop the routine and connect with James on a meaningful level. He starts by offering to take James home instead of James riding home with his intoxicated friend. For James, losing his sight at a young age meant limited opportunities for social interaction. Spending most of his time working at a school for the blind has left him unfamiliar with Trevor's world, but James has fought hard for his independence, and he knows what he wants. Right now, that means stepping outside his comfort zone and into Trevor's heart. Trevor is also open to exploring real love and commitment for a change, but before he can be the man James needs him to be, he'll have to deal with the pain of his past. Читать дальше…