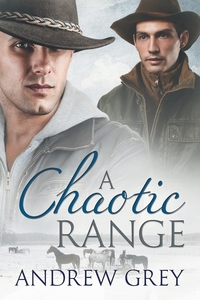 Дополнительная информация
Аннотация к книге "A Chaotic Range" Andrew Grey:
Stories from the Range: Book Seven Most of the time ranchhand David rescues stray cattle, but this time he and his fellow cowboys Wally and Haven save a stranded motorist. David is surprised to find his former high school classmate nearly frozen in his car. After learning that Brian Applewright's boss fired him from his ranch for being gay, they invite him back to theirs to take a job. David and Brian moved in different social circles at school, but working together brings them closer. However, David has a rocky history on the ranch. The foreman is his ex, and he only recently returned after a heartbreakingly unsuccessful attempt to find greener pastures. He can't risk his heart getting close to anyone. But on a ranch, nature has a way of forcing an issue. When a snowstorm threatens, David and Brian head out to mend a fence and round up some stray cattle. David gets injured, and they must survive in the snow, cold, and wind. It might be the start of a relationship... or the end of their lives. Читать дальше…