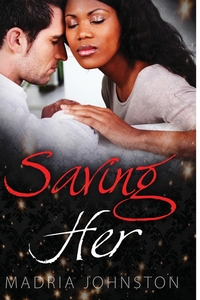 Дополнительная информация
Аннотация к книге "Saving Her" Madria Johnston:
Saving Her is about a woman named Madria. She works hard and is always there for the people she loves. She meets Troy this sexy Latino guy He kind of changes her life. She is not sure if she can trust him. He has his own plans for her. He is just as strong as she is The people Madria loves will play a big part in bringing her down. She does not see it coming and it hurts her in a big way There is some magic in the book and secrets she does not know about Will Troy be the one to save her or will he destroy her? Читать дальше…