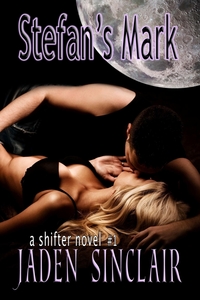 Дополнительная информация
Аннотация к книге "Stefan's Mark" Jaden Sinclair:
Shifter 1: Stefan's Mark By Jaden Sinclair -- Stefan Draeger has waited for four years to claim his mate, the girl who would fulfill his every dream. The moment he saw her he knew she was meant for him, only she was too young at the time to take. Now she is old enough for the pleasures he has in store for her, if only he can convince her of it first. Sidney Martin refused to believe in the tales or madness of her father. She waited her whole life for the freedom he has denied her for so long. The freedom to experience life her way, with her rules. She never thought she would be tossed from one prison to another. Or that her second prison would unlock the doors of her passion that can only be tamed by the Shifter. Читать дальше…