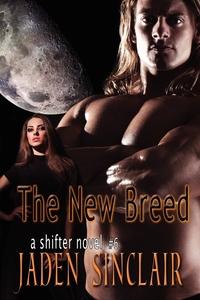 Дополнительная информация
Аннотация к книге "The New Breed" Jaden Sinclair:
Shifter 6: The New Breed Jaden Sinclair Kane is a one of a kind shifter. He's more animal than man. Tortured all his life, beaten and experimented on. He has very little tolerance for anyone, except for his twin sister. Jada Leonard is a woman who never followed anyone's rules but her own, but those rules change when she is caught spying and taking information. To save her life she is forced into hiding and forced to follow rules. Like a match to gas, these two ignite a fire of passion. Both are strong willed and both refuse to bend. Will Kane give in to his instincts and take what belongs to him? Or will Jada be the one to make the new breed bow down, showing him that he's more than just an animal inside? Читать дальше…