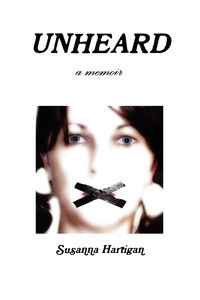 Дополнительная информация
Аннотация к книге "Unheard" Susanna Hartigan:
Written from the perspective of a child, Susanna Hartigan's life was forever changed when her mother married an abusive alcoholic that managed the household's every move. When her father married a born-again religious fanatic, Susanna felt she had no one. Although the two families appeared very opposite on the outside, both had unhealthy addictions that fed Susanna's fear and self-loathing. She was shuffled between living with her mother and father, having no real place to call home. Brainwashed by adults, along with being bullied by classmates, Susanna developed an OCD disorder by the time she was nine. By the time she was fourteen, Susanna decided suicide was the only option to end the life of pain and misery. A childhood marked with fear, abandonment, poverty, racism, and sexual and mental abuse, Susanna remained hopeless until the day she was rescued from the madness of being unheard - thanks to her school teachers and grandparents - the only people that believed in her. Читать дальше…