The Second Book of Job(s) 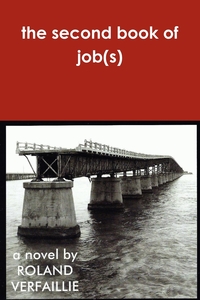 The Second Book of Job(s)

Дополнительная информация
Аннотация к книге "The Second Book of Job(s)" Roland Verfaillie:
Dr. Jack Mc Kane returns to continue where he left off in the first book of job(s): In search of the fatted calf of jobs. The odds of finding such a sweet job is unlikely. It doesn't matter to Jack that he is wasting his energies on fruitless enterprises invariably resulting in extended periods of uncompensated unemployment. Jack, once more, travels the world; expanding his search beyond his native shores. His brooding, tragic, Irish outlook on life puts him in the company of the Bible's own Charlie Brown - Job. However, unlike Job, Jack isn't going down without cursing the gods and spitting into the wind. For all his irreverence and blasphemy he is shameless. He says he'll recant it all, and ask forgiveness from his deathbed if beseeched by the angels to repent, and offered an endless vacation in the afterlife. In this sequel, Jack gets more than he bargains for. It just goes to show; that there's something to the admonition: Be careful what you wish for... Читать дальше…