From a Single Seed: A Novel 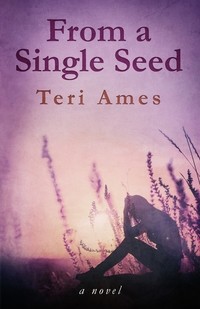 From a Single Seed: A Novel

Masterson College in rural Vermont is where the elite send their children for a top-notch education. At Masterson because of his skill as a hockey player and the financial aid that comes with it, Keenan Brody meets pretty freshman figure skater Shannon Dawson. Captivated by Shannon's grace on the ice and her easygoing nature, Keenan finds himself in love for the first time, maneuvering uncertain terrain and unsure if his feelings are reciprocated.

But when Shannon goes missing from campus, Keenan finds himself in a harrowing situation. Shannon's parents are devastated, her peers are alarmed, and the local police feel unusual pressure to find her. The lead investigator finds Keenan suspicious, especially after learning that Keenan has a rival for Shannon's affection. As time goes by and Shannon fails to appear, the evidence points more strongly in Keenan's direction, and the authorities are compelled to prosecute him.