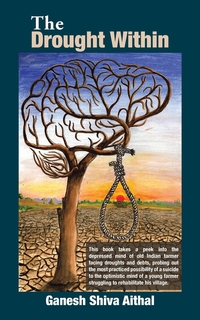 This story is about a farmer who commits suicide in a small village on the Maharashtra-Telangana border in India and the rehabilitation efforts carried out by two young enthusiasts—a doctor called Pawan and an engineer called Mukesh—along with Padmayya, a farmer.

The story opens with an old hard-working farmer called Venkatayya, who otherwise is a highly positive-thinking man, but he is driven into depression by the acts of his son and daughter-in-law, debts, and circumstances of a severe drought. As the story moves on to future, a troika of friends is gathered by destiny for a purpose. One of them is the grandson of Venkatayya. They find a godfather in the form of a retired military man named Captain Vijaysingh, who is a courageous, determined old man and who had lost his one arm while fighting terrorists on the border; also he has dedicated his entire life singly to rehabilitate this idle village.

This troika and their guiding godfather fight against all odds and live up to their conscience and willpower; they propose to build a huge water reservoir in the barren land to overcome drought. They also plan an orphanage because huge suicide rates and liquor deaths have rendered many kids homeless in their village. Moreover, Padmayya’s father too had died of liquor sold by the local liquor shop owner and the moneylender, Seth Karodimal, an heirless, stingy miser who owns the barren and much-needed land for building the reservoir. Seth Karodimal has no friends in this village; liquor and money are his only friends. The village sarpanch is a helpful man acting as a liaison to their needs. The troika constantly meets at a highway dhaba run by Javedbhai, who later becomes the chief cook of the orphanage.

How they solve problems by themselves, how they change negativity in thinking minds into positivity and productivity, how they inspire one another from dystopia to utopia, and how they successfully take the village into a prosperous future form the rest of the story. This is a story about what can be done in extreme situations rather than what has happened or is happening. This story of human guilt, human bonds, human nature and its desires, and the power of positive thinking will keep the readers tied up with feelings of optimism and hope.