Collections, illustrative of the geology, history, antiquities, and associations, of Camberwell, and the neighbourhood. 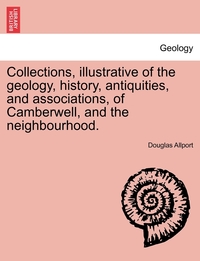 Collections, illustrative of the geology, history, antiquities, and associations, of Camberwell, and the neighbourhood.

Title: Collections, illustrative of the geology, history, antiquities, and associations, of Camberwell, and the neighbourhood.

The GEOLOGY collection includes books from the British Library digitised by Microsoft. The works in this collection contain a number of maps, charts, and tables from the 16th to the 19th centuries documenting geological features of the natural world. Also contained are textbooks and early scientific studies that catalogue and chronicle the human stance toward water and land use. Readers will further enjoy early historical maps of rivers and shorelines demonstrating the artistry of journeymen, cartographers, and illustrators.