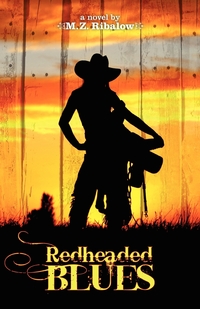 M. Z. Ribalow is a poet, playwright and author. His novel Peanuts and Crackerjacks, his new play Masterpiece and his poetry collection Chasing Ghosts are 2011 publications, and his short fiction appeared in an anthology on Luck in 2010. His two dozen plays have received some 180 productions in a dozen countries; four have been published. His work has been anthologized and has won prizes in London, New York, and regionally. He is series editor of the Plays from New River volumes (McFarland Publications) and has also co-written ten children's books and non-fiction books on sports, baseball and chess. He writes frequently on film, theatre, literature, music, and has appeared as a film historian on The Discovery Channel and on special feature documentaries of several DVD releases of classic films. He is Artistic Director and co-founder of New River Dramatists, which has for the last decade successfully developed hundreds of new plays and screenplays while discovering and nurturing gifted writers, and which also presents poetry, fiction and drama on the New River Radio Show on Art International Radio online. He lives in New York City, where he is currently full-time artist-in-residence at Fordham University.

"Meir Ribalow understands women! Redheaded Blues is a terrific ride with a compelling, complicated female who will wrangle your heart. Don't miss it."
- Sharon Pomerantz, author of Rich Boy

"Equal parts Billy the Kid and Lucinda Williams, Casey Cassidy is an iconic American heroine in the classical mode-wide-eyed, hopeful, wise, wounded, reckless, savvy, and really, really good with her weapon-or she would be, if there was a precedent for her. Redheaded Blues may be a Tall Tale, but the story it's telling is closer to your own than you might expect, and it will hurt you-sweetly-and it will make you laugh-often, and it will remind you why we tell tales, tall or otherwise, in the first place."
- Glen Hirshberg, author of American Morons and The Book of Bunk

"Redheaded Blues is a witty, whimsical "picaresque" in the grand tradition of Fielding and Defoe, but with a thoroughly modern sensibility and a kickass, yet eminently lovable and utterly unforgettable heroine who will break your heart as fast as she steals it. M.Z. Ribalow is one of the great voices of American literature today."
- Juliet Grey, author of the acclaimed Marie Antoinette trilogy for Random House Читать дальше…