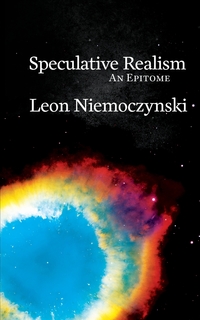 This book introduces the underlying ideas which have created the constellation of thought commonly referred to as Speculative Realism (SR). In a non-technical style Speculative Realism: An Epitome explores the thought of three contemporary philosophers: Quentin Meillassoux, Ray Brassier, and Iain Hamilton Grant. The book characterizes the milieu in which SR was born and charts how the tendencies of thought created from its birth have diverged into contemporary metaphysics. Readers will gain from the book an understanding how the evolving motion of concepts created by the brief life of SR continue to change speculative philosophy in the contemporary Continental philosophical landscape today.

About the author: Dr. Leon Niemoczynski is Visiting Assistant Professor of Philosophy at Moravian College in Bethlehem, Pennsylvania, United States. His research focuses mainly on the philosophy of nature, especially within the Continental philosophical tradition. He also maintains interests in a diverse range of topics including philosophical ecology, logic and metaphysics, German idealism, aesthetics, animal ethics, and the philosophy of religion. Philosophers most relevant to his current research include Plato, Hegel, Kant, Fichte, Schelling, Deleuze, and Merleau-Ponty. Niemoczynski is the author of Speculative Naturalism (forthcoming 2018); as co-editor, Animal Experience: Consciousness and Emotions in the Natural World (Open Humanities Press, 2014) and A Philosophy of Sacred Nature: Prospects for Ecstatic Naturalism (Lexington Books, 2014); and Charles Sanders Peirce and a Religious Metaphysics of Nature (Lexington Books, 2011).  He currently resides in the Pocono Mountains of Northeastern, Pennsylvania with his wife, Nalina.