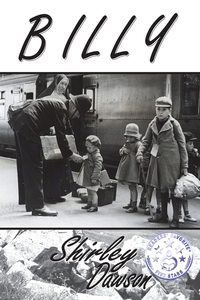 To 7 year old Billy Arnold the German air raids over London are just a part of life, until the day his school is bombed. Frightened and confused, he is wrenched from the only life he knows and evacuated to the relative safety of rural Northumberland.

Taken in by the kindly Wells family, Billy soon finds himself thrust into a totally different way of life amongst complete strangers.

However, Billy quickly acclimatises and encouraged by his friend Abe, an old farmhand, he discovers that he has a real talent for woodworking.

As the Second World War draws to its successful conclusion, London is barely recognisable as the country recovers from the aftermath of one of the largest massacres the country has ever faced. A chance encounter with an old friend leads Billy to make a life altering decision, one which will teach him the true meaning of loyalty and betrayal. But ultimately it is also one that will allow him to find true happiness and to fulfil his dreams.