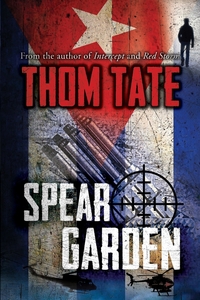 A coup is brewing in Belarus, the last dictatorship in Europe. Oleg Shorets, the country’s desperate Prime Minister, is devising a fake terrorist attack he can blame on Al Qaeda, using a devastating new weapon, and the more collateral damage the better. Thousands will die.

Things take a dangerous turn, however, and Blake barely escapes with his life. He uncovers a deeper plot that involves the arms dealer, terrorists, and a corrupt Eastern European leader.

After a disastrous raid on an Al Qaeda safe house, Blake discovers the one thing he thought he’d never find – a traitor inside his own organization. To decipher the clues he has found, he must return to Cuba and the only person who can help him – Vasquez’s daughter.