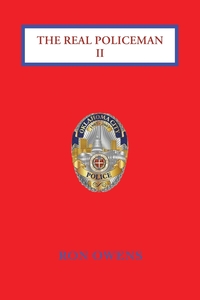 This book leads you down the not-so-hallowed halls of law enforcement of four decades ago. It gives you an extra set of eyes and ears in the roll call lineups, in the patrol cars and detective cruisers, on the radio calls, in the streets and in the interview rooms, in the chases, arrests, gunfights, fist fights, hostage situations, and investigations-not on a movie set but the real thing.

You experience the sights, the sounds, the smells of a cop's days and nights. You hear their words and those of the victims, witnesses and suspects when they're not reading from a screenwriter's script or posturing for the cameras of a "reality" show. It is populated not with fictional creations but real characters, by every definition of those words.

The events, emotions and language are all served raw-no dressing, no garnish. The rookie's enthusiasm and optimism, the experienced veteran's cynicism, the boredom of routine, the thrill of the pursuit, the satisfaction of a job well done, the frustration when events go bad, the anger, the hilarity, the dark and irreverent sense of humor, all pathways to the Ph. D. in Human Nature every street cop receives in a big city.